What can you cook with Coconut?

Coconut is a true delicacy in the world of fruit, especially since there are so many things you can do with it. Yes, it might seem a little intimidating to be protected in its shell at first, but once you get to it, the possibilities are numerous. What’s more, coconut is very healthy as it can manage and minimize inflammations and blood sugar levels thanks to the abundance of healthy fats. It’s also a natural energy booster that’s easy to digest and completely free of nuts or dairy, so there’s no need to worry about that. And when we talk about many interesting things you can get from just one coconut, simply consider the following:

Make Sure You Get a Good Coconut

Just like with other fruit, it’s important that you pick out the best coconut for it to perform marvelously in your kitchen. For starters, take your shopping bag to a trusted coconut supplier that consistently offers the freshest produce. When you first check out a coconut, take a look at the three dots at its end; these should be completely dry with no trace of mold whatsoever. Once you’re done with this initial inspection, proceed to check out the entire coconut for cracks and mold, as well as pay attention to whether it feels soggy or not. If it feels soggy and damp, you want to take another pick as this means that the water is leaking through the cracks. Speaking of water, make it a point to shake your coconut for the final test to ensure it’s positively heavy and filled with sloshing water.

How to Open Your Coconut

Once you’ve got yourself a good coconut, it’s time to crack it open. As you’ve probably expected, this is probably going to be the most challenging process out of the whole ordeal. But after a couple of times, you’ll get a hang of it and the method you’ve chosen will become natural. That said, there are several methods that you can use to open the coconut but the following two seem to be the most popular.

Take your screwdriver and push it through the small dots at the end of the coconut to make holes. Use a hammer to add force if necessary. Once you’ve managed to pierce the skin, drain the water into a bowl. Now you have to make some cracks in the skin. Place your coconut on a towel and tap on its center with a hammer. Turn it around and repeat the process until it cracks in half. Now you can scoop the meat by using a knife or spoon along the skin. 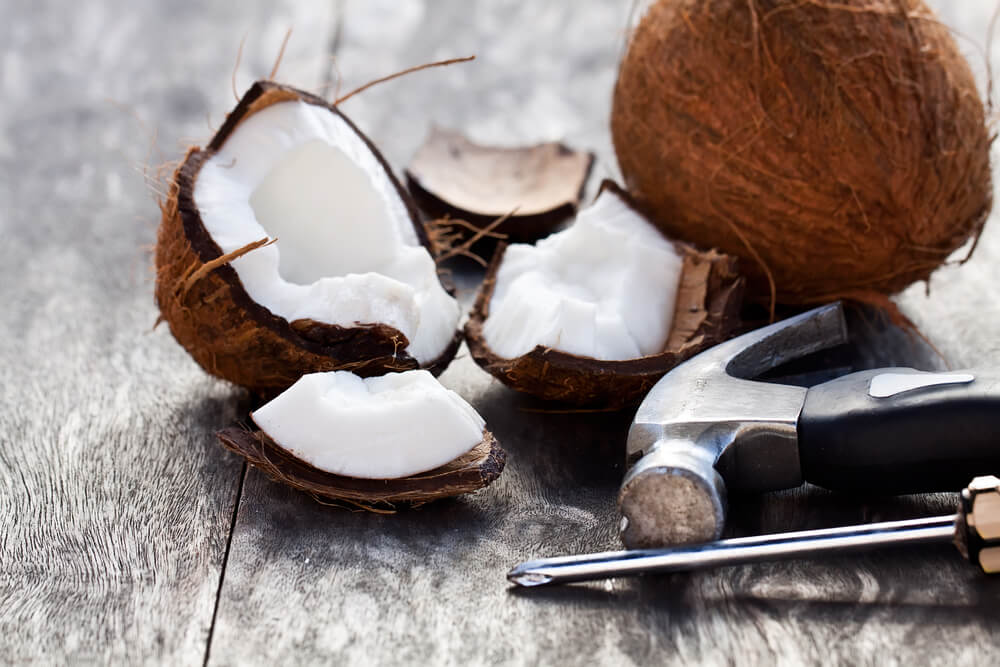 If you don’t have a screwdriver or hammer, you can simply find any sharp object, even a plain rock, and tap on the coconut until it cracks. With this method, you have to use a bowl under your coconut so that it can catch the water once it cracks. When you’ve managed to create a small crack and have the water drained, you can place your coconut in a more practical position and continue tapping on it until you get it to split up completely. And just like with the previous method, use a knife or spoon to scoop out the coconut meat.

How to Use Coconut

Coconut water is already prepared for you the moment you drain it. That said, you can drink it straight up or mix it into other recipes such as ice creams, popsicles, smoothies, oatmeal, teas, cocktails, etc.

It’s extremely simple to make coconut milk. All you have to do is mix the coconut water and meat in a blender and remove the pulp afterward. You can then use your dairy-free milk as you normally would, in smoothies, ice cream, soups, cream, pudding, baked goodies, and so on.

When you scoop out coconut meat, you can use it for many different recipes. Again, it’s a great addition to smoothies. Furthermore, it can be stir-fried or cooked, used for making the delicious coconut bacon, blended into dips/spreads, used as a base for dairy-free cheese, and more.

Another thing that you can make from the coconut meat is shredded coconut. Grate the meat into shreds and then dry it out in an oven or dehydrator. The most popular use for shredded coconut is in baked goods such as muffins, cookies, and granola bars, as a sprinkler over ice creams, frosting, and sweets, meat/tofu/fish breading, etc.

Remember the process of making coconut milk? Take the pulp you removed from it and place it on a baking sheet. Dry it out completely in the oven at the lowest heat setting and then blend until fine. You can then use your coconut flour as any other flour: for baking, thickening the stews and soups, instead of breadcrumbs, and so on.

Take your shredded coconut and put it in a food processor – you need a strong grinder for this. Grind and mix until it turns perfectly creamy and voila, you have your coconut butter! If you so desire, you can add salt, stevia, vanilla extract, and similar, but it’s also fine on its own. Use it as a spread, for cooking, and more.

Warm-up your coconut milk just enough before it reaches the boiling point and then leave it to cool off. You’ll notice the “custard” has formed on top of the milk. Scrape that layer and bring it to boil in a pan. Then set the heat to medium and let it simmer for about 45 minutes. Strain the oil to get rid of waste and there you have it! Not only can you use it for cooking but beauty treatments as well. 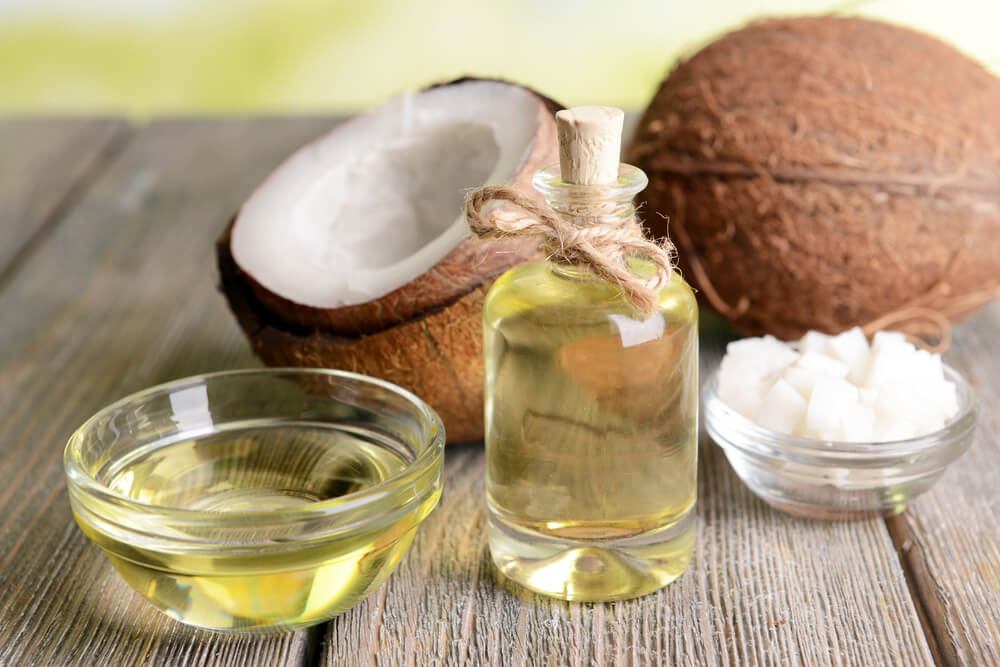 How to Cook Coconut

Cooking with coconut is rather easy and you’ve probably got some ideas from the previously mentioned uses. You don’t have to wonder how to cook with raw coconut at all. Everything but the flour and oil is already raw to begin with. In that respect, you can toast your shredded coconut, make sauces from coconut milk, freeze it for ice creams, or beat the milk to get whipped cream. Cut the raw meat into pieces and drop it into stews or stir-fry them, use it for breading and garnishing, and whatever else you can imagine.

Coconut is such a versatile fruit and you shouldn’t be afraid to make it a staple in your kitchen just because it might seem like a hassle to crack open. As mentioned, you’ll get used to the process rather quickly. In case you’re ready to make coconut a part of your cuisine, especially if you have your customers to amaze, don’t hesitate to reach out to us at Medina Baking & Powder Supply. We will see to all of your baking needs regardless of whether you’re just starting as a small home-based business or have an already established bakery. Our affordable, reliable, and fast service makes us the go-to supplier throughout South Florida, South and Central America, and the Caribbean.