What Is the Best Way to Store and Freeze Cupcakes?

If you’re like most baking enthusiasts, you probably run into a problem every time you bake cupcakes. It hardly seems worth it to go through all the trouble of baking them just to make half a dozen. But, if you go all out, you end up having to give away or throw out most of what you make.

But, there’s a better way. There are a few suitable methods for storing cupcakes, and you can even freeze them for extended periods.

In this article, you’ll learn how to store cupcakes overnight or even longer and how to keep cupcakes moist in storage.

Should You Refrigerate Cupcakes? 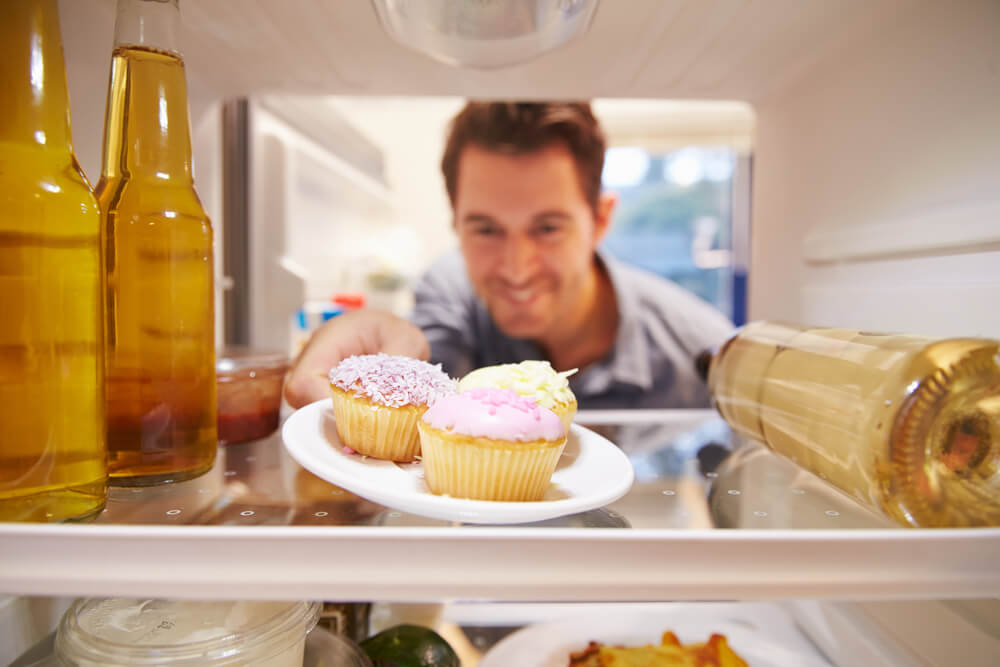 First, let’s address the elephant in the room. To refrigerate cupcakes or not.

After all, that’s what the fridge is for, right? Well, yes, but in many cases, refrigerating foods will keep them safe to eat but not all that fresh. Refrigerators blow air around the interior constantly, and that air passes over cooling coils where moisture condenses. The result is a very dry environment inside the fridge that tends to desiccate foods.

If you leave cupcakes in the fridge, especially uncovered, they’ll be dry and dense within 24 hours. If you pack them in an airtight container, they’ll fare a little better, but you should aim to leave them in the fridge for as short a time as possible. However, if you’re only storing them for a short time, there are better ways to do it.

Before you even think of storing your cupcakes, you need to allow them to cool completely. Storing warm cupcakes in an airtight container will create steam and make your cupcakes soggy and sticky.

So, as you take the cupcakes out of the oven, place them on a cooling rack and let them sit uncovered for at least an hour. They’ll completely cool even sooner than that, but it’s good to give them a little extra time. Letting them sit outside for a while will prevent a sticky top from forming after you’ve stored them.

If you don’t have a wire rack, you can improvise by laying chopsticks on a flat surface to create a makeshift cooling rack. A plate or a cutting board can work, but it’s best to avoid solid surfaces. If you let them sit on something like a plate, the bottoms of the cupcakes tend to get soggy and stick to the liner.

Ideally, you want a container that’s about twice as tall as your unfrosted cupcakes. Giving them a little room helps to keep the tops from getting sticky, but they still won’t become dry and tough.

Putting them in a freezer bag is not a great option. They tend to develop sticky tops, and they’re completely unprotected from damage if you need to move them around. Once they’re stored safely in an airtight container, the best place to store them is on a counter. As stated above, you want to avoid putting them in the fridge. However, if you absolutely must refrigerate them, make sure you bring them back to room temperature before serving.

To Frost Or Not To Frost

If you’re storing cupcakes for longer than a few hours, don’t frost them immediately. Instead, apply the frosting right before you serve them. No matter how well you store them, cupcakes are best eaten within 48 hours of baking. So, try to plan ahead with that in mind.

Now, when it comes to frosting cupcakes a day or two after baking, you might run into a bit of a problem. Sometimes the tops get sticky and slippery from moisture. If you can apply the frosting, then it’s not a problem at all. A sticky top won’t change the taste or consistency of your cupcake.

However, if in some extreme cases, the tops will be so slippery that it’s difficult to get the frosting to stay on. If you run into this problem, let the cupcakes sit uncovered for about 30 minutes to an hour. That should dry out the tops enough to hold frosting.

If even that doesn’t work, you can use a small sharp knife to remove a thin film from the top of the cupcake. Again, this won’t affect how your cupcakes taste at all, and the frosting will cover the top anyway.

If you’re using a knife or icing spatula to frost your cupcakes, it’ll make the process even harder. Piping bags are relatively inexpensive and can be found at most grocery stores. It will make your frosting a lot easier and more attractive.

Frosted cupcakes present a little more of a challenge, but they can withstand short-term storage.

You can use the same storage method as for unfrosted cupcakes, but make sure you have a container deep enough that it won’t damage the frosting. Also, extremely warm weather could melt your frosting so you might be forced to refrigerate them.

Frosted or unfrosted, cupcakes will keep for about a week unrefrigerated in an airtight container. After that, they’ll still be safe to eat for a while, but they’ll be considerably more dense and dry.

How to Freeze Cupcakes

If you’re the type of person who likes to have a whole lot of food made in advance, or if you only have time to cook and bake on the weekends, you can still get away with making cupcakes and freezing them.

Surprisingly, while the refrigerator will dry out your cupcakes, the freezer will keep them quite moist. That’s because the water in the cupcakes will freeze into ice crystals, and as you thaw them, those crystals will melt and revitalize the cupcake dough.

First, you’ll want to cool the cupcakes completely, like in the previous method. Then, wrap them with plastic wrap. Ideally, you’ll create an airtight barrier of plastic wrap around every cupcake.

When they’re all wrapped, place them in freezer bags and freeze them. Cupcakes will keep well for up to four months in the freezer, but you should aim to use them as soon as possible.

Then, wrap them as you would unfrosted cupcakes and put them in a sturdy container instead of a freezer bag. To defrost cupcakes, unwrap them carefully and let them defrost uncovered on the counter at room temperature.

The Best Way to Store Cupcakes 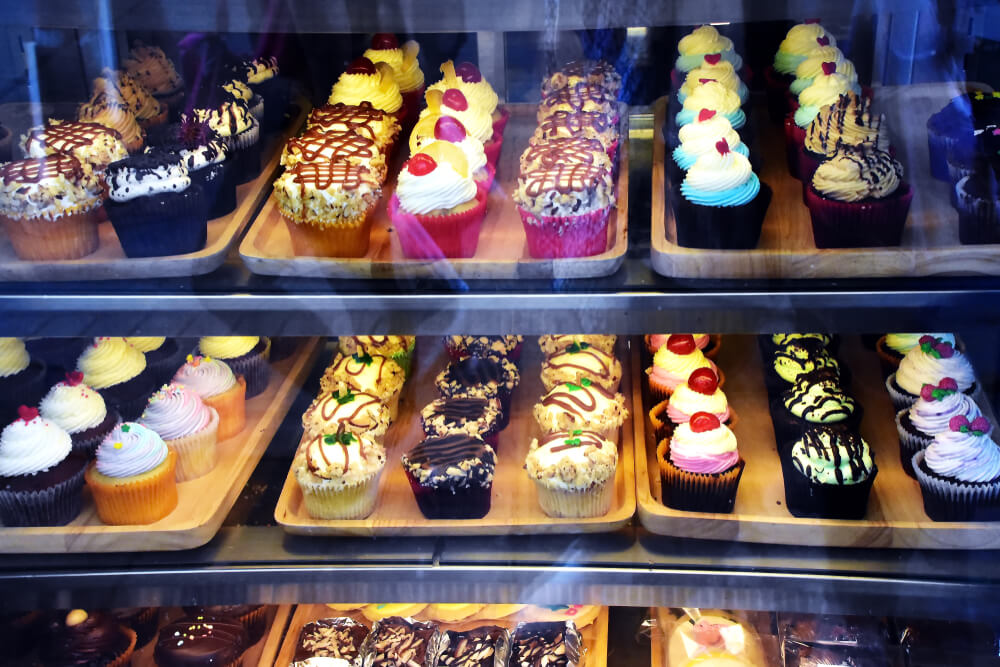 Although cupcakes are best enjoyed as soon as you bake them, sometimes you just can’t help storing them for later. Fortunately, cupcakes keep rather well if you store them properly.

If you plan to eat them within a week, the best way to store them is unfrosted in an airtight container at room temperature. Then, frost them right before you’re ready to serve.

Storing them over long periods is also possible, in the freezer. You just need to make sure you wrap each individual cupcake well in plastic wrap. That will prevent freezer burn and make them moist and soft when you defrost them.

But, you can save yourself a lot of hassle. At Medina Baking & Powder Products we have a wide range of frozen bakery goods in Miami to choose from. You’ll save time, and you’ll get a consistently superior product that you’ll love.