History of the Tres Leches Cake

Considered a traditional Latin American dessert, Tres Leches is a cake that one is bound to find in every Mexican restaurant and bakery. Of course, its popularity has been well established worldwide already. And the fascinating history and origins of this milky cake make it even more spectacular.

Tres leches meaning interprets to “three milk” cake and is rather simple when it comes to preparation. Even though there are plenty of variations, the basic recipe features a light sponge layer steeped into three different kinds of milk; namely, evaporated, condensed, and heavy cream/whole milk. This creates a tasty, delicious, and moist cake that simply melts on the tongue.

It’s not possible to answer the question – where is Tres Leches from – in a straightforward fashion. Some would argue that this is a dessert of purely Latin American origin, with further discussion over whether the cake was created for the first time in Nicaragua or Mexico. And at the same time, they would be both right and wrong. While Tres Leches cake was first made and served in Latin America, it still has its ties all the way to Europe.

In the 19th century, a recipe for a custard bread cake that was soaked in wine was really popular in Mexico. It’s believed that this particular recipe was a spin of the English trifle or Italian tiramisu at the time since both of these are sponge cakes with heavy cream, soaked in alcohol. It’s no wonder that these recipes became popular in Mexico during the 19th century as this was the time of the New World and strong European influence.

We can trace the origin of Tres Leches cake’s mainstream popularity to the 1930s when Nestle opened its plants in Mexico and had a recipe for this spongy goodness printed on the packages of evaporated and condensed milk as well as cream cans. However, the actual origin of the Tres Leches cake cannot be credited to Nestle. Before the company began printing the recipe, Tres Leches has already become a favorite dessert of many households in Latin America. In that sense, when and where exactly Tres Leches truly originated is still a mystery. 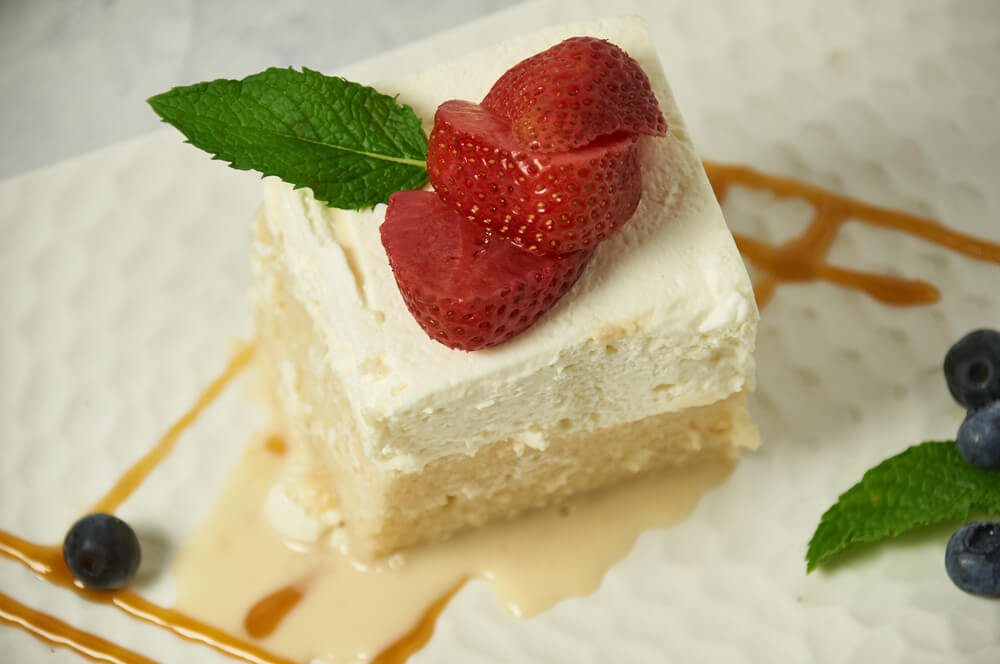 When Is Tres Leches Cake Served?

If you’ve ever wondered what dessert to prepare for a special occasion, wonder no more! After all, Tres Leches is a celebration cake.

People who grew up in Mexico say that it’s this spongy cake that was a must-have during birthdays and graduations and even weddings. In a way, Tres Leches cake was a centerpiece of the family gathering.

With the growing popularity, Tres Leches has become a staple dessert in American culture as well. So much so that when you type “where can I buy Tres Leches cake near me” in the search bar, you’re bound to get plenty of results regardless of your location.

Tres Leches Is Flexible and Easy to Make

A great thing about Tres Leches, aside from its moist deliciousness, is the fact that it’s rather simple to make and even simpler to add a spin too. This is possibly one of the main reasons why it became so popular in the first place. One doesn’t have to possess expert culinary skills to make it and the original recipe features a rather neutral flavor which is perfect for experimenting with.

In that sense, you have the freedom to choose different toppings and ingredients. For instance, you could use a caramel sauce or meringue frosting. What’s more, you can add all sorts of fruits and nuts to the batter to create a richer taste. Not to mention that it’s also possible to replace condensed milk with coconut one or even add liquors such as rum, brandy, Irish Cream, etc. to the milk.

As mentioned, a quick search is more than enough to find out where to buy Tres Leches cake, but, it’s also easy enough to make one. And you can add your own spin to it even during the process of making it. In that sense, it’s not uncommon for some people to opt for the go-to butter/pound cake, while others still prefer it fluffier. The best way to go about the whole process is to prepare the actual white cake first and then proceed once the cake is cool enough. Both round and square cake shapes are perfectly fine.

And now that you have your white cake, you’ll need the following ingredients to turn it into an actual Tres Leches cake:

And for the topping: 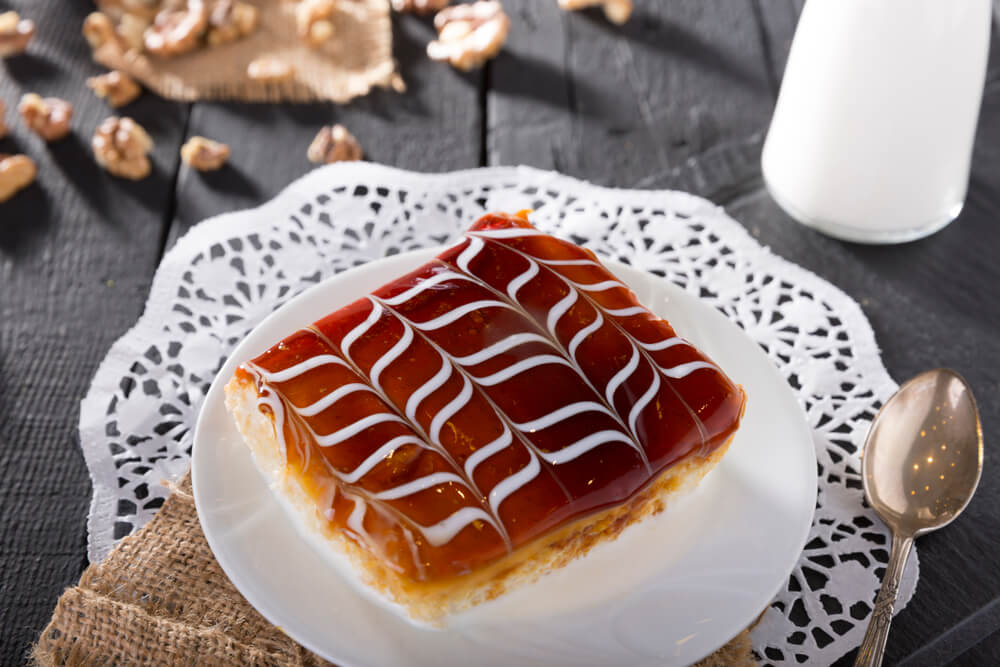 For this variation of the popular Tres Leches recipe, you should use 1 cup of Coco Lopez Cream of Coconut instead of condensed milk for your cream/milk mixture. If you like, feel free to add ¼ cup of rum.

Aside from the two kinds of milk and cream, this particular variation also includes 1/3 cup of peach schnapps in the mixture. And if you want to boost the peachy taste, feel free to add drained and diced peaches to the batter as well. Pecans work well as a topping in this case.

Of course, if you like other fruits better, you can always replace the peaches with other options such as apples, raspberries, blueberries, or cherries. What’s more, there’s no rule that says you can’t add chocolate. If you like your desserts with chocolate, you can mix the chocolate syrup into the milk/cream mixture, or melt white chocolate and add it the same way.

If you’re looking for a way to add your own culinary magic to the market, you definitely can’t go wrong with the globally popular Tres Leches cake. We at Medina Baking & Powder Supply will support you every step of the way and take care of all of your baking needs. Medina Baking & Powder Supply supplies South Florida, South and Central America, and the Caribbean and we pride ourselves on providing fast, reliable, and affordable service.