Homemade cream is a tastier and healthier option than the store-bought one. It’s usually made from sugar, vanilla, and cream only, with no added chemicals.

However, what makes homemade cream a second choice is that it is not as stable as the whipped cream we buy at stores. That being the only issue, we’ve made a list of five stabilized whipped cream recipes you can try out at home.

Read on and learn more about how to create a perfect whip topping.

Why Is The Consistency of the Cream Important?

You can use whipped cream for piping, frosting, and decorating.

A whipped cream that misses out on consistency is often soggy, runny, and can easily melt. All this makes it practically unusable.

Using stabilized whipped cream will guarantee the form and durability of your homemade cream.

How to Stabilize Whipped Cream

To prevent homemade whipped cream from spoiling rapidly and keep its shape, you can: 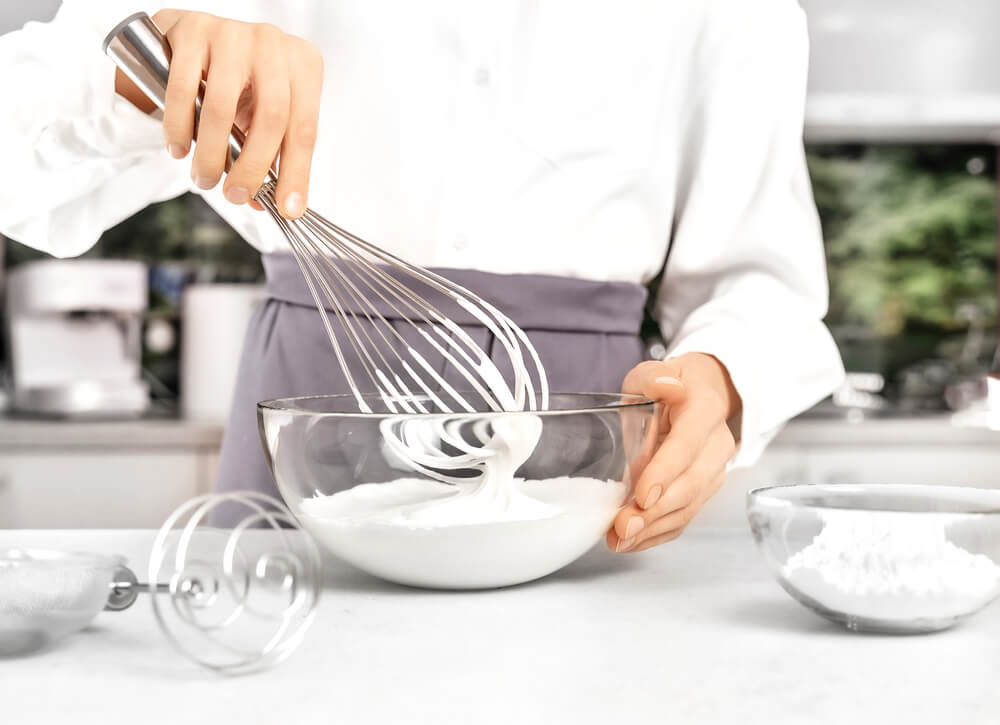 The recipe for stabilized whipped cream with gelatin requires only four ingredients you probably already have stocked in your pantry.

Tip: Don’t over-mix the whipped cream because it may start to coagulate. You should whisk it carefully and with attention since it takes a second for fluffy cream to turn into a heavy butter.

2. How to Stabilize Whipped Cream With Cornstarch

If you want to make the whipped cream thicker, you can use cornstarch.

The only difference between gelatin and cornstarch is that, unlike gelatin, cornstarch can affect the texture of your cream, making it slightly gritty.

How to stabilize whipped cream with cornstarch?

Tip: Adding more cornstarch won’t make the whipping cream more stabilized. It will only affect the taste. To get a perfect stabilized whipped cream, we recommend you follow the recipe and the recommended measurements.

3. How to Stabilize Whipped Cream With Cream of Tartar

Adding just a ¼ teaspoon of cream of tartar into your whipping cream will make it last longer and make your cream topping thicken. Cream of tartar prevents any chance of soggy and messy desserts. Also, learning how to stabilize whipped cream with cream of tartar will enable you to accomplish the fluffiest homemade cream.

The ingredients you’ll need for this type of stabilized cream recipe are:

How to stabilize whipped cream using the cream of tartar?

Tip: To get the best results, use cold whipped cream and a chilled bowl.

What do you need for making whip topping with pudding mix?

How to stabilize whipped cream with pudding mix?

Tip: You can use this mixture for piping, decorating, and frosting. It is also incredible as a filling.

Making the whipped cream more consistent and shelf-stable is also possible with a simple ingredient such as milk powder.

To make sure your desserts won’t end up soggy, you’ll need:

Now that you already know how to get whipped cream stable with cornstarch, the process of stabilizing your whipped cream with powdered milk will be a piece of cake. The recipes are pretty much the same. The only difference is in the ingredient that makes the cream holds its shape for days.

Tip: If you want to achieve the creamier taste of the whipped cream, use powdered milk over all other listed ingredients.

Contact Medina Baking & Powder Products and stock up your pantry with the best possible supplies for all your cooking adventures.